Demystifying the Superstition From the St. Joseph Home Sale Kit

Many customers have asked us about the practice of buying a St. Joseph statue to sell their homes. We have come across a great deal of superstition surrounding this when our customers sheepishly ask: “what saint do I buy to sell my house?” As Catholics, it is important to rise above many of the popular notions that have evolved over this action and to develop a more mature behavior based on Faith and not superstition.

The origins of the practice of burying a St. Joseph statue are blurred in a variety of stories. As best as we have found, it has its beginnings in a story of a convent of nuns in Renaissance Italy who wished to sell their overcrowded convent so that they could move into a bigger one. After many months they had no success, so after many hours of prayer, they were inspired to direct their prayers to ask St. Joseph to intercede for them. They believed that since St. Joseph was responsible for the welfare of the Holy Family and is the patron of families everywhere, he would be an effective powerful intercessor in the selling of their convent home. As a symbolic gesture and as a demonstration of their Faith, The sisters buried a small statue of St. Joseph to symbolize that all their worries and concern were “buried” and given up to God through St. Joseph. They continued their prayers and within nine days their convent was sold at a favorable price.

The practice fell out of popularity until the 1980’s when we noticed that more people were asking for St. Joseph statues. We observed that those who said the powerful St. Joseph Novena had the greatest success. A Novena is a prayer that one says for nine days. We also noticed at the time that several enterprising manufacturers began marketing a St. Joseph Home Sale Kit that contained the statue, the novena prayer, and a brief description of the origin of the practice. So we began to carry the St. Joseph Home sale kits in our store. 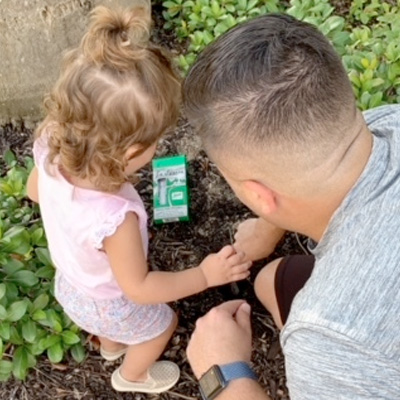 Where and How to Bury St. Joseph Statue

The notion of where and how to bury the statue is the part of the practice that falls into the area of superstition. Near the For Sale sign? Statue upside down? Right side up? In the day? At night? Under a full moon? God does not care. God does care about devout prayer, setting an honest, fair price, and trusting in Him to provide for you. If done with this attitude, we are confident you too will have great success with the St. Joseph Home Sale Kit as hundreds of our customers have done.

Why Do People Bury Their St. Joseph Statues Upside Down?

The most common question we get is in regard to burying the statue upside down. We have heard from people who say they were instructed to do so by their friends, others that it was part of the St. Joseph home sale kit they bought, and still others say they read about it on the internet. The purpose for doing this according to some is that when St. Joseph “tries to get out” he will be unsuccessful and will, therefore, have to stay and sell the home.

We think this is a superstitious notion with little basis in fact or scripture. Remember, these are statues we are talking about, not real people. But if it makes you feel better to bury him upside down, go ahead. The most important thing is your attitude of prayer and trust as you intercede to St. Joseph for his help. 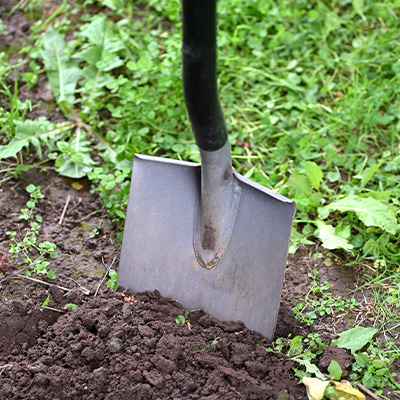 When Do You Dig Up Your Statue?

This is another area of superstition. We have had people tell us that they were instructed to dig up the statue after their home was sold and give it away to someone else who is trying to sell their home. Others say they were told to leave it in the ground as a sign of gratitude for St. Joseph’s help or because it might be needed again if they ever have to sell their home again.

The bottom line is that it is your statue and you can do with it whatever you want. We think the best thing to do is to bury it in your new yard as a sign of gratitude to St. Joseph for his intercession on your behalf. 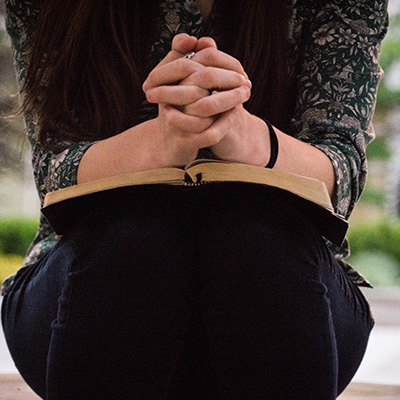 How to Pray the Novena to St. Joseph

The Novena to St. Joseph is a nine-day prayer said in honor of St. Joseph. It can be said at any time but is often said when someone is in need of his intercession, such as when selling a home. Novenas are based on the nine months that Mary carried Jesus in her womb and the nine days between Christ’s Ascension into heaven and Pentecost when the disciples were waiting in the upper room for the Holy Spirit.