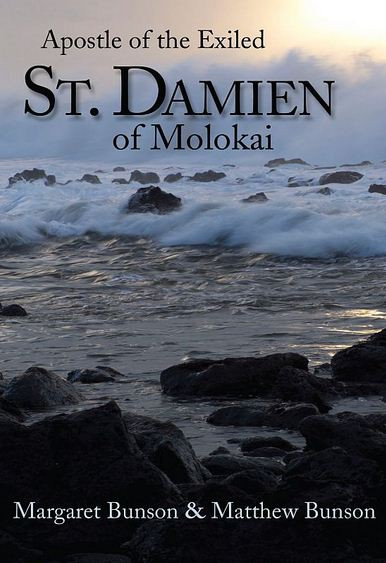 St Damien of Molokai, Apostle of the Exiled

Saint Damien of Molokai is the riveting account of how a humble Congregation of the Sacred Hearts priest found a vocation in caring for lepers that led him to his canonization in October 2009.

Hawaii normally brings idyllic scenes of blue skies and white beaches to mind. But Hell invaded Paradise when the incurable disease leprosy was discovered there. An 1865 law segregated lepers by forcibly exiling individuals--even children--to the island of Molokai. It was onto these forlorn shores that Father Damien de Veuster stepped in the spring of 1873.

Damien volunteered to become the permanent chaplain to Molokai. There, victims of horrible disfigurement with the promise of a lingering death, the lepers led a harsh existence.  Father Damien became their caregiver, companion, and champion. Through his selfless ministry, he brought hope to the hopeless, ironically losing his own life to leprosy.

In an age in which an increasing number of people suffer their own personal exile on account of illness, handicap, or emotional distress, the shining example of Father Damien shows the true power of one person and how, when anchored in God's love, one person can impact the world--even among the horrors of decay and slow death. In so doing, he brought hope to the hopeless, ironically losing his own life for serving theirs.