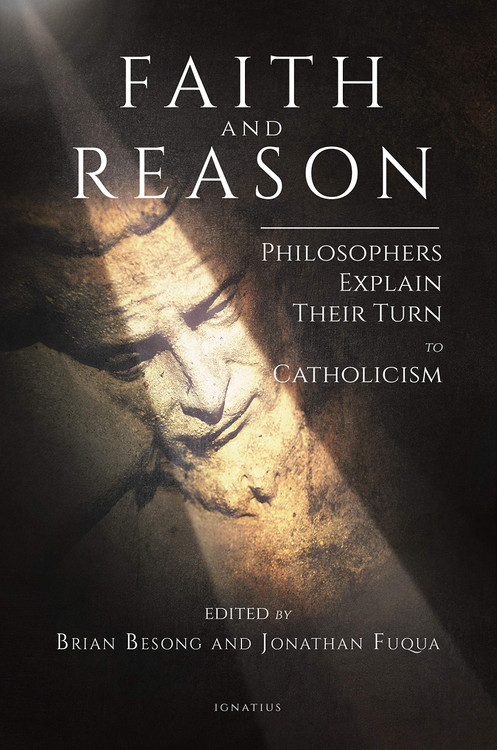 Faith to Reason~Philosophers Explain Their Turn to Catholicism

Too smart to believe in God? The twelve philosophers in this book are too smart not to, and their finely honed reasoning skills and advanced educations are on display as they explain their reasons for believing in Christianity and entering the Roman Catholic Church.

Among the twelve converts are well-known professors and writers including Peter Kreeft, Edward Feser, J. Budziszewski, Candace Vogler, and Robert Koons. Each story is unique; yet each one details the various perceptible ways God drew these lovers of wisdom to himself and to the Church. In every case, reason played a primary role. It had to, because being a Catholic philosopher is no easy task when the majority of one's colleagues thinks that religious faith is irrational.

Although the reasonableness of the Catholic faith captured the attention of these philosophers and cleared a space into which the seed of supernatural faith could be planted, in each of these essays the attentive reader will find a fully human story. The contributions are not merely collections of arguments; they are stories of grace.