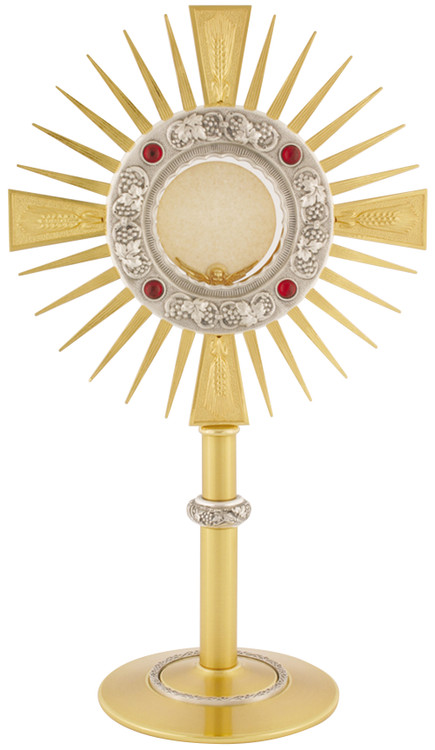 This gold-plated Catholic monstrance has antique silver rings at its base, which are used to support an ornamental cover called the luna. The ostensorium has 24 rays juxtaposed alongside four ruby glass stones, which is an artistic variation intended to represent Jesus and his twelve disciples. It also has a secure acrylic glass enclosed luna to hold the Blessed Sacrament during Holy Communion, exposition, or benediction, which is available at an additional cost.

A Catholic monstrance is a vessel, typically in the form of a sunburst or a circle from which the Eucharist may be shown to the people. The word "monstrance" comes from the Latin word "monstrare", meaning "to show." The Blessed Sacrament is normally kept within a monstrance when it is exposed for adoration by a priest during processions or devotional ceremonies during Mass or outside of the church.